Since the start of the pandemic, parks have played an important role for communities the length and breadth of the UK.

Research conducted by Keep Britain Tidy earlier in the year showed that more than nine in ten people (93%) think that parks and green spaces are important to their local community.

Now, those communities have spoken with the vote for the 2021 People’s Choice Awards, run as part of the Green Flag Award scheme, the international quality standard for parks and green spaces, which is celebrating its Silver Jubilee this year.

During October, the public were invited to vote for their favourite park and more than 32,000 did just that and the National Memorial Arboretum was voted as one of the nation’s favourites.

“It is incredible to be recognised in this way just a few weeks after securing our first-ever Green Flag award and we are immensely grateful to everyone who voted for us.

“Earlier this year we marked 20 years since we first opened our doors to the public and it is amazing to look back and see how the site has grown into a world-class setting. We are proud of our status as the Nation’s year-round place to remember, and our team of staff and volunteers work tirelessly to maintain our 150-acre garden and woodland site, ensuring it remains an inspirational living landscape, freely open to all.

As we look towards the future, we are committed to adopting and advocating for ethical and sustainable practices throughout all aspects of our operations, ensuring we have a positive impact on the environment.”

Joining the National Memorial Arboretum in the People’s Choice ten most popular parks and green space are:

“The Green Flag Award includes some of the country’s best-known and iconic parks as well as community green spaces and university campuses. To be voted one of the nation’s favourite parks is a real achievement and testament to all the hard work done by the thousands of parks staff and volunteers up and down the country who work tirelessly to make their parks fantastic places that everyone can enjoy.”

This year, 2,127 parks and green spaces met the standard of the Green Flag Award and, as it marks its 25th anniversary, in addition to the People’s Choice, Awards were presented in various categories including Most Improved Space, Best Promotion, Young Volunteer of the Year and Team of the Year. For more details about the awards and the winners, visit www.greenflagaward.org

The winners were announced live on YouTube at a special virtual awards ceremony yesterday evening. 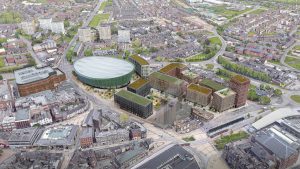 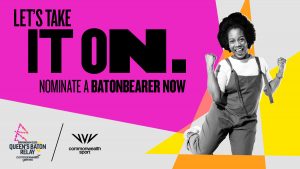 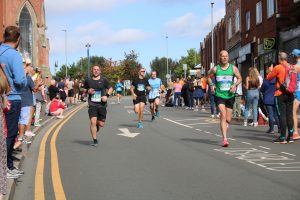