Today, more than a thousand people turned out to observe the Birmingham 2022 Queen’s Baton Relay at the National Memorial Arboretum in the heart of the National Forest in Staffordshire. Nine Batonbearers, each with inspiring backgrounds and stories, had the honour of carrying the baton as it made its way across the 150-acre garden and woodland site.

One of the Batonbearers was Major Naveed Muhammad MBE, the British Army’s National Liaison Officer, who carried the Baton up the steps of the iconic Armed Forces Memorial which bears the names of Armed Forces personnel killed since the end of the Second World War. With responsibility for championing inclusion and fostering social cohesion, Naveed has created opportunities for diverse communities to learn about the role of the Armed Forces, engage with serving personnel and participate in Remembrance.

“It was a tremendous honour to carry Her Majesty’s Baton as it made its journey across the National Memorial Arboretum and up the steps of the Armed Forces Memorial,” said Major Naveed Muhammad MBE. “This place is incredibly important to everyone serving in the Armed Forces, as a space to remember fallen colleagues and it plays a crucial role in ensuring that inspirational stories of service and sacrifice are preserved for future generations. Many serving members of the Armed Forces will also be competing in the Commonwealth Games, a fantastic occasion bringing together athletes from every corner of the globe for a spectacular celebration of sport and friendship.”

After the baton concluded its 25-minute tour of the Arboretum, it was displayed in Heroes’ Square for a celebratory event featuring Critical Mass, an inclusive dance collective for young people from across the West Midlands, and musical performances from The Antonio Socci Showband. An Act of Remembrance including a two-minute silence took place shortly before 11am.

“The National Memorial Arboretum is home to many memorials dedicated to communities from all over the Commonwealth, commemorating the long history of Commonwealth countries working together during times of crisis and conflict,” said Philippa Rawlinson, Managing Director of the National Memorial Arboretum. “Over the summer, through our ‘Sports, Service and the Commonwealth’ programme we are celebrating the camaraderie of communities from across the Commonwealth who have served alongside each other, and the important role of sport in the Armed Forces. Today’s visit from the Queen’s Baton Relay was an incredible moment for our visitors, volunteers and staff, as the nation counts down to the start of the Commonwealth Games in Birmingham next week.”

Occurring just eight days to go before the start of Birmingham 2022, the visit is one of the highlights of the Arboretum’s summer of ‘Sports, Service and the Commonwealth’, an exciting programme of exhibitions and activities that celebrates sports, service and friendship between the nations and territories of the Commonwealth. Presented as part of the Birmingham 2022 Festival, the Commonwealth-inspired art and sporting activities, exhibitions and trails will be available throughout the summer. For further information: https://www.thenma.org.uk/commonwealth 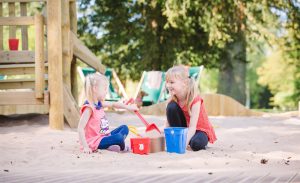 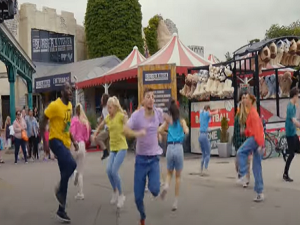 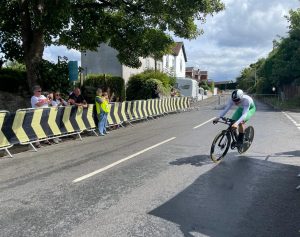